In the world of the novel, Kidnapped, 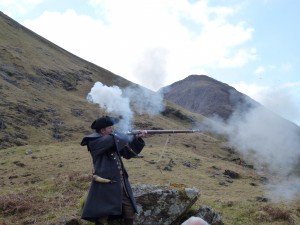 1886, a tale of adventures against the historical backdrop of Scotland in the 18th century in the aftermath of the defeat of the Young Pretender.
The Stevenson Way crosses the Scottish Highlands from the remote island of Erraid off the West coast, though rugged Mull and Morvern, past the majestic mountains of Glencoe, on into the vast wilderness of Rannoch Moor, across high mountains and remote places, finally ending in Edinburgh where the book Kidnapped has its climax.

The Scottish Highlands suffered much in the 18th and 19th centuries when many people, often whole communities, were forced to leave their homes and move overseas, to be replaced by sheep, in what has become known as the Highland Clearances. Today you can visit abandoned villages along the Stevenson Way as well as more modern towns which in turn have also suffered from people moving to the cities. 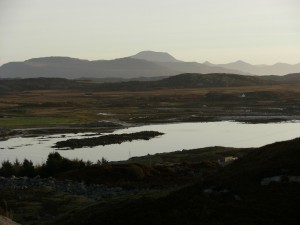 Network’s member in this territory :